As a semi-regular visitor to the city it feels like craft beer has exploded in Berlin in recent years. While quality breweries and bars have been popping up all over Europe it feels like Berlin was slightly late to the game. It could be the rich history of more traditional German brewing, a Reinheitsgebot stranglehold or just that the quality of German beer has always been very high. In Dublin atleast, before craft the best you could hope for was a “world” beer section that was dominated by the Germans and their neighbours the Belgians

In any case the craft scene in Berlin now can rival any city. It would be an impossible task to try and get it all in during a single visit and It feels like there’s hidden gems all over the City. The perfect example of Berlins brewing scene is Craftzentrum in Spandau. Already home to Brlo and producing some of their most well know beers including that sweet, nutty, porter that tastes like they were thankfully very heavy handed with the brown malt and that glows a deep red when you hold it up to the light. 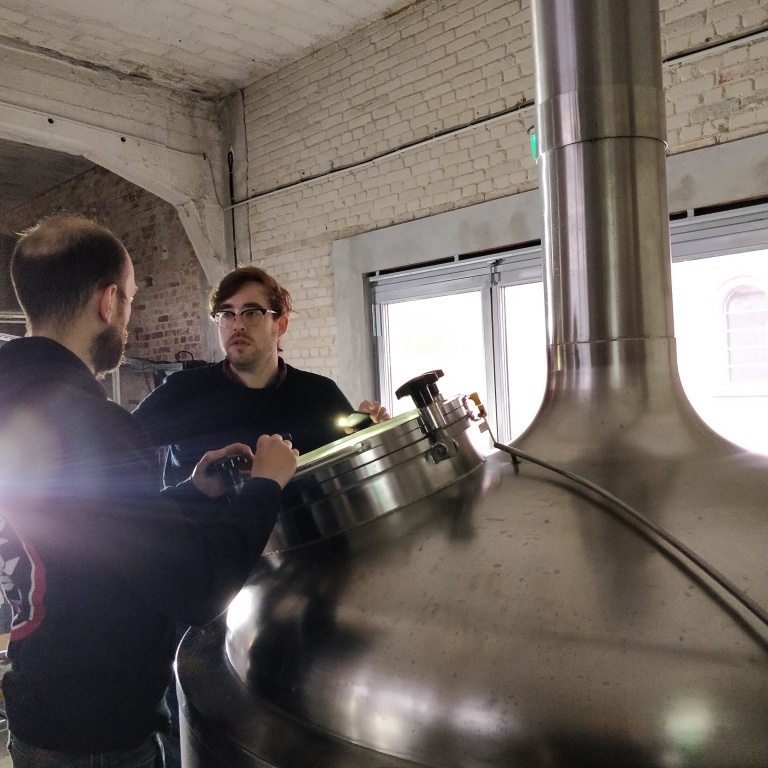 It’s a very impressive facility. I can’t even pretend that I was able to get to grips with all of the various fermenters, bright tanks and lines but my limited knowledge of commercial brewing made it very clear to me that this was a well equipped, no nonsense brewhouse. By the time I got there the place was in full gear and that sweet, sticky malt smell was thick in the air. The kind that seeps into your clothes.

On the day I was lucky enough to visit, the brewery was being put through its paces by Berlin’s Fuerst Wiacek and Dublin’s Whiplash. Probably the two most forward thinking and skilled modern breweries in their respective cities. This was the type of collaboration that seemed like a match made in heaven; They’ve both been producing some incredible hop heavy beers that only a handful of European breweries can rival, and they’re both refreshingly innovative. Fuerst Wiaceks Brut IPA and Whiplash’s 2.8% micro IPA spring to mind.

As an outsider looking in, a brewday has this strange feeling of controlled chaos. The guys had this process dialled in to a level that I did not expect. I thought I had a slight grasp on the process from a few years of homebrewing but turns out that this is a very different beast. I only possess enough knowledge to be clumsily ill informed to the professionals. Even with the precision, the place seems hectic. It’s hot, it’s noisey, the floor is pissing wet and I spend 80% of my day in the way. The lads went out of their way to explain every step of the process to me and it really showed just how much there is to know. Brewing is tough. I mean It seems like a lot of fun but also… Jesus it looks tough. 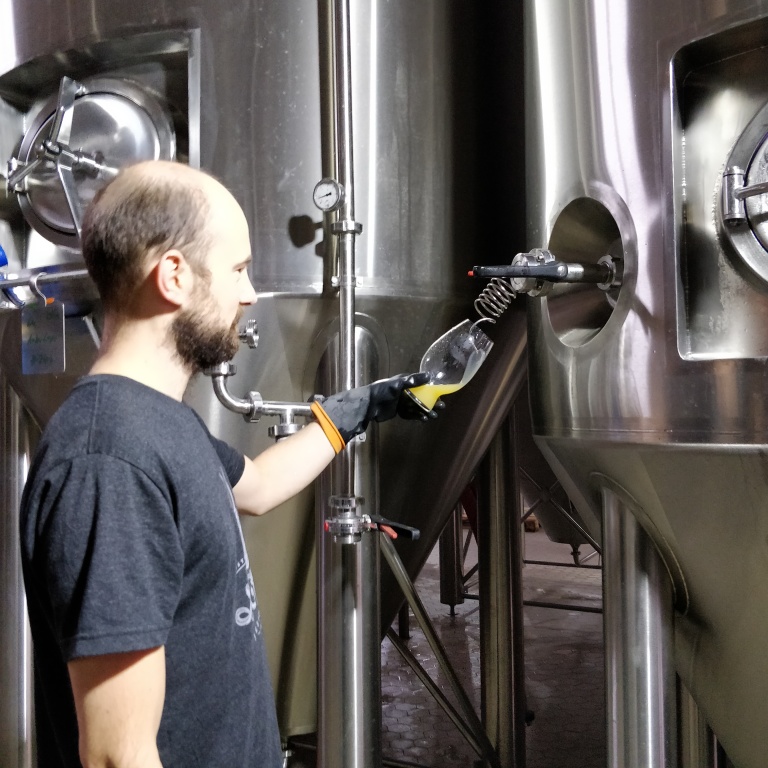 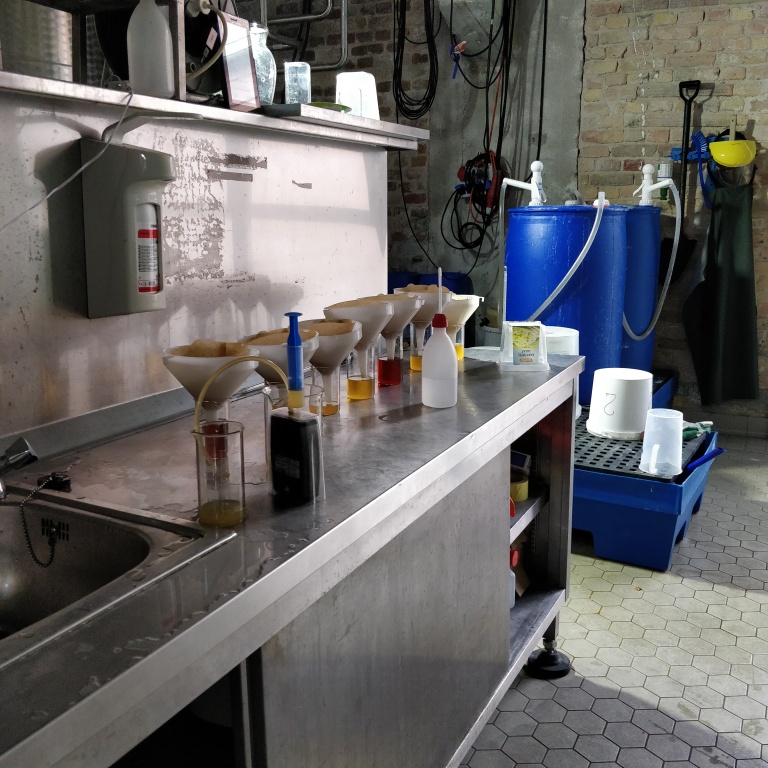 I thought one of the most interesting parts of the whole experience was the demystifying of what a collaboration brewday actually entailed; I’ve always enjoyed collaboration beers, and I’ve always looked forward to ones by breweries I admire but I’ve never really understood the process. The cynic in me might even wonder is there a point. Only in the midst of it, seeing the amount of technical discussion and specific kit knowledge between the lads did I realise the benefits. There’s the well worn line about brewing being part science and part art but after seeing the stuff the lads got up to I can’t really fault it. Things change on the fly,  breweries use wildly different set ups and there’s a huge range of individual techniques brewers can choose to use. There’s also a secret sauce they don’t want you to know about.

The day was long but very enjoyable. It ended in Muted Horn. One of Berlins finest establishments, where I put in a pair of of my finest fake eyes and burnt innocent ears to black ashen crisps.

I’m excited for this beer. I’d be excited anyway because of the two Breweries involved but the glass is going to have a special twinkle after seeing what goes on behind the scenes.  Hunt it out and hunt out anything else the lads have done because these two breweries have been thumping out screamers for a long long time now and the quality is some of the best.

Huge thanks to Alex, Georg, Lukasz and Sam for being proper gents.