Adding hops to Tully Dew to see if a big bang of citrus and pine can liven up a commercial whiskey. 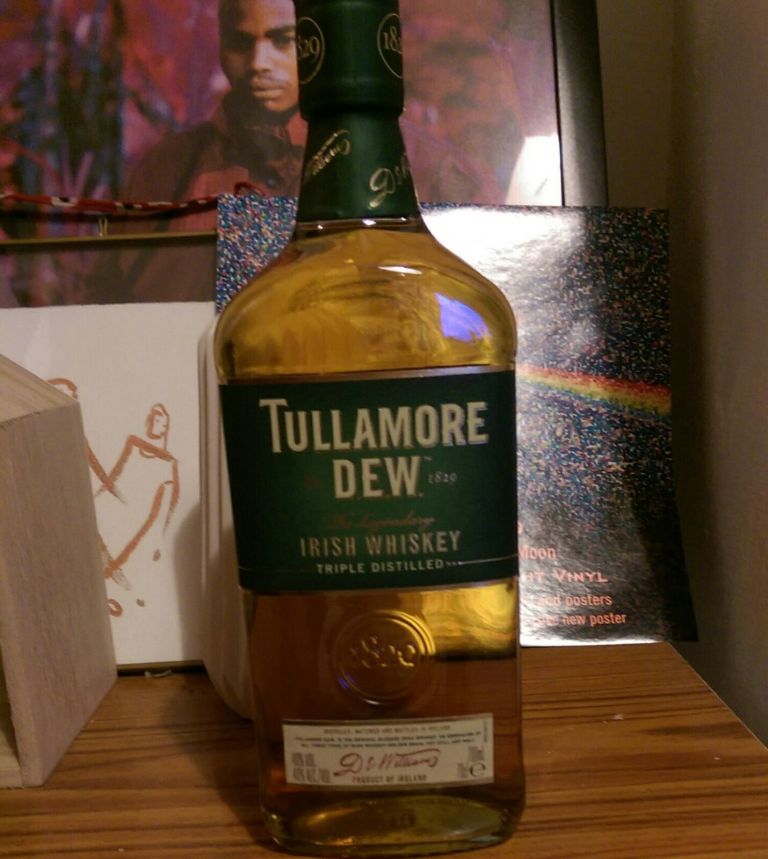 As far as commercially priced Irish whiskey’s go Tullo Dewer is pretty nice. I’d drink it quicker than Jameson or Powers, it’s surprisingly light, with a bit of a lingering spiciness and it leaves floral and nutty notes on the nose. The technical term is “grand”; a good whiskey to try and drop some big flavour hops into. 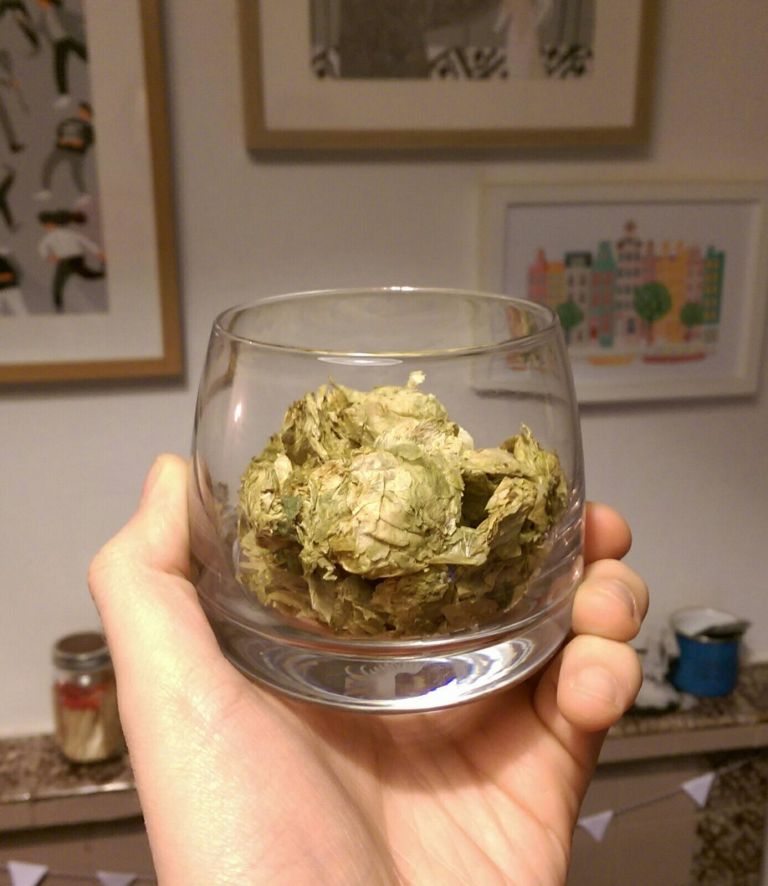 I picked up some Citra hops online from a home brew store. Citra seemed like a good idea because it’s got tons of citrus flavours (obv) but it’s also a bit piney and resinous. Sounds alright to complement Dewey T. 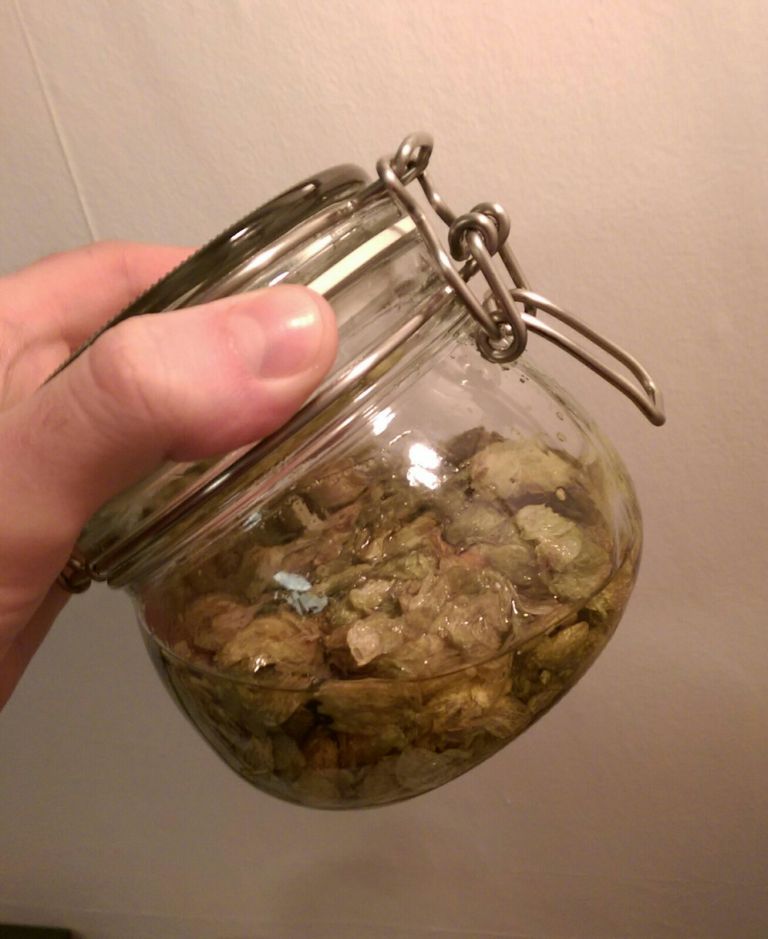 Nothing fancy, let the Tuller D sit on hops over night. 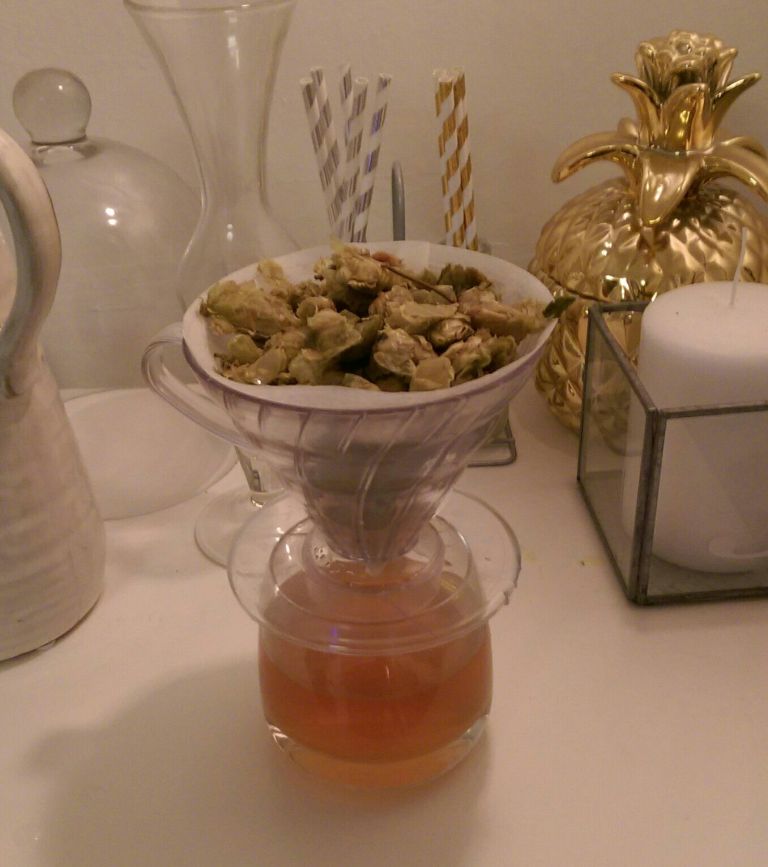 Using my Hario Coffee Dripper and a bit of a squeeze the resulting booze is orange and seriously oily, a lot thicker than the T. Dull I started with. I didn’t measure but i’m pretty sure the hops have absorbed a substantial amount of whiskey. This doesn’t seem like the most economic way to do this and I’m now thinking a french press would do a better job. 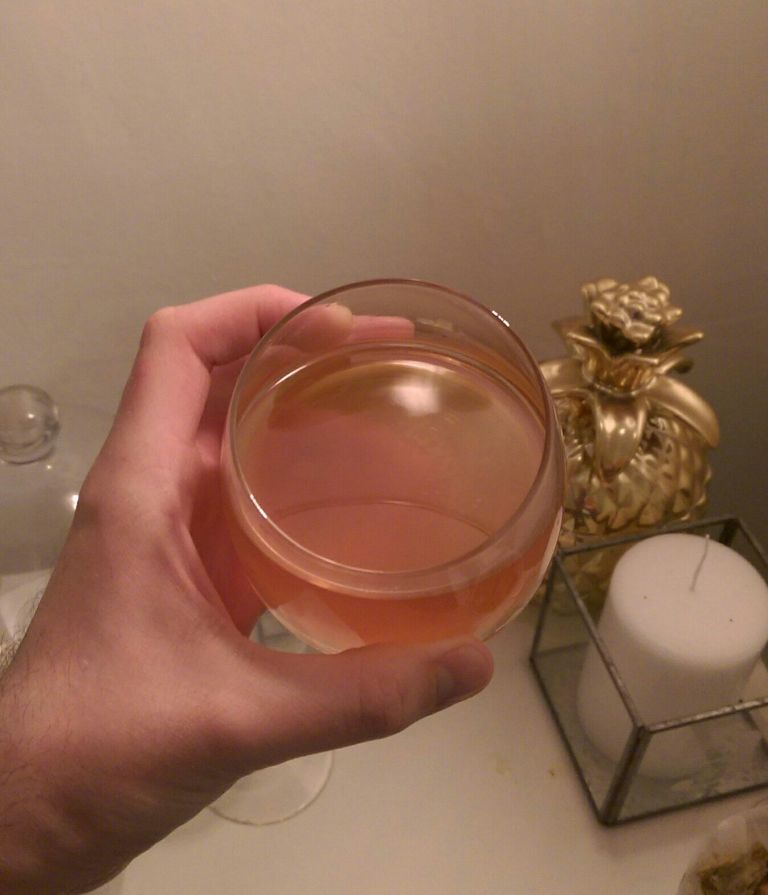 The amber nectar. This smells incredible. Everything you’d expect from a big strong IPA. The whiskey aroma is still there but the fruity piney hops seem to ease the bite a bit. It’s really really good. Taste wise, it’s bitter. Way too bitter, I like bitter and this is tough. From the huge aroma and the bitterness I got you could let the hops sit for 2 to 3 hours and get a much more drinkable concoction. That being said, I’ll still definitely get this into some soda water and probably really enjoy it.

I’d say you could definitely add hops to a whiskey and come out with something nice and drinkable but this is a serious hop monster. Still a decent drop of Dewy Tuller.