Empties samples some big percentage bangers on a Saturday so you don’t have to.

“Christmas Milk” from To øl, an Imperial milk stout. A big syrupy, viscous black beer with a dirty tan head. And when I say black, it’s proper black, none of this red when held up to the light stuff. The smell is a huge bang of coffee and lactose sweetness. An awful lot of sweetness. Coffee and roast malts are obvious but the sweetness dominates. At 15% it’s obviously boozey and it has a bite but it’s warming rather than cloying.

This lad is a sipper and not just for it’s ABV, it’s sweetness and almost oiley texture stop you from flying through it. Handy because as this chap warms up some nice dark fruits, raisins and dark chocolate stick the head in.

A barley wine brewed with orange peel and raspberry juice but there’s nothing here that resembles a barley wine really. It’s sweet, in a sticky coat your mouth way, kind of like a artificial fruit flavouring. The raspberry is a lot more obvious than the orange and it’s really boozey. Put you on your hole boozey. It’s an interesting beer but a difficult one. 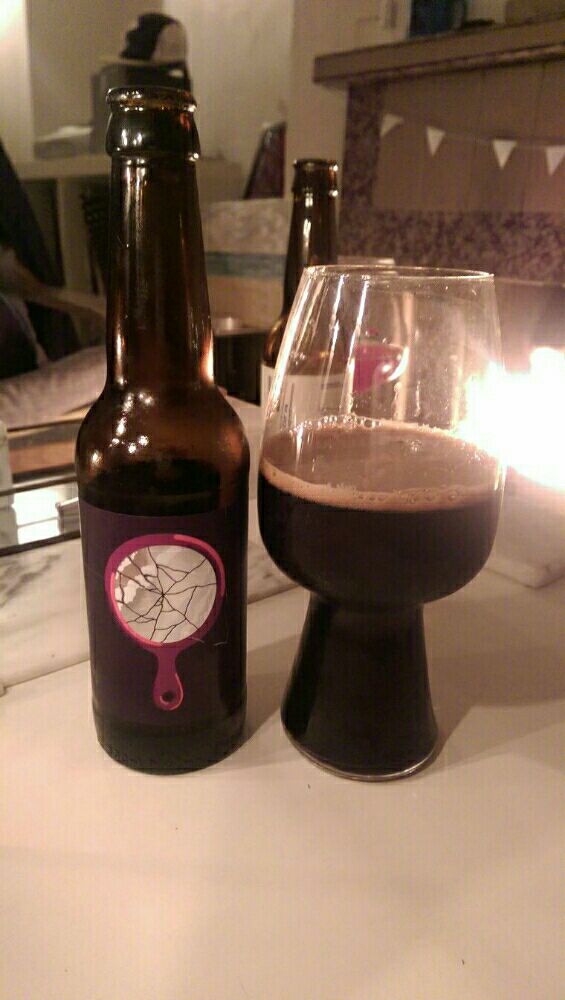 This is lovely. Peanut butter biscuit stout aged in bourbon barrels with vanilla beans and cocoa nibs. The smell and taste off this beer is crazy, It does exactly what it says on the tin. Lots of biscuity, chocolatey, peanut buttery sweetness without being sickly or sticky. A thick chewy beer that has an earthy finish similar to a whiskey. And unlike the other two this beer does an amazing job of hiding it’s 12% ABV, It’s dangerously easy to drink, If I had a few of these in my fridge I’d be in the nip swinging my jocks over my head in no time.

With so many flavours this beer still somehow manages to stay a beer and not just a fizzy milkshake. Anyway, get up off your hole and get some of this into ya.